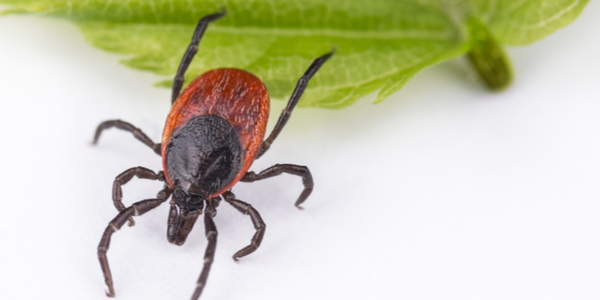 What is A Tick?

Ticks are biting arachnids that need blood meals to grow from larva to adult as well as to produce their offspring. They have flat oval-shaped bodies and eight legs. Ticks can range in size from poppy seed to apple seed depending on species and are typically black, brown, orange and yellow in color.

Ticks perch on leaves or blades of grass waiting for humans or animals to pass by. As potential prey passes, a tick will latch on to it and find a soft spot to dine. Ticks use two sets of hooked mouthparts called hypostome to burrow under their victim’s skin. These appendages are difficult to remove once they’re anchored in place and allow the tick to feast for up to ten days. A tick will engorge itself on blood, sometimes increasing its mass up to 200 times. Once it’s sated, the tick will drop off and either grow to its next life stage or produce eggs.

An adult female tick will lay between 1,500-5,000 eggs which hatch several months later. The larvae begin the cycle of blood meals and metamorphosis all over again. They will go through several stages of nymph before becoming adults.

There are some 900 species of ticks which are divided into two categories: hard ticks and soft ticks. Fortunately only a few of these transmit diseases. These are some of the more common varieties you’re likely to encounter: 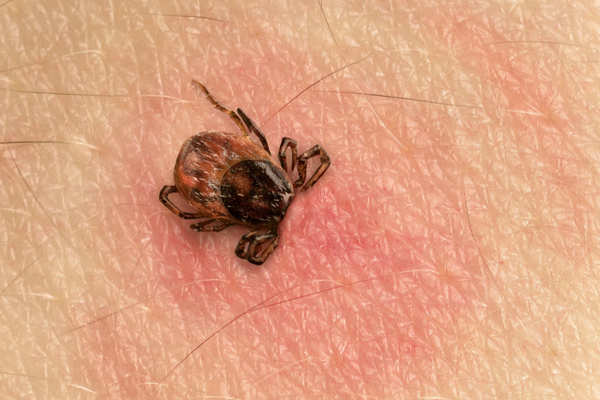 Yes. The CDC maintains a long list of tick borne diseases. Most significantly, ticks can transmit lyme disease via their saliva. The longer a tick is embedded, the more risk their bite carries. If you’ve been outside, especially in grassy or forest areas, do a tick check. It takes 24 hours before an embedded tick can transmit lyme disease. Locating and removing ticks as soon as possible can save you from serious medical problems.

In the past 20 years, as climates have changed, many dangerous varieties of ticks have expanded their territory. You will encounter ticks in nearly every area Gregory services including ticks in Florida, Georgia, Tennessee and the Carolinas.

How Can I Prevent Ticks?

Prevent ticks whenever you go outside into natural areas with the following precautions:

Staying vigilant can significantly reduce your chance of getting a tick borne illness.

How can Gregory help with my tick problem?

If you live in an area with a high population of ticks, protect your family with a tick control program from Gregory. We can treat your property with liquid and granular treatments that create a firm barrier against ticks around your home and yard. View our pest protection plans and call us for more information. 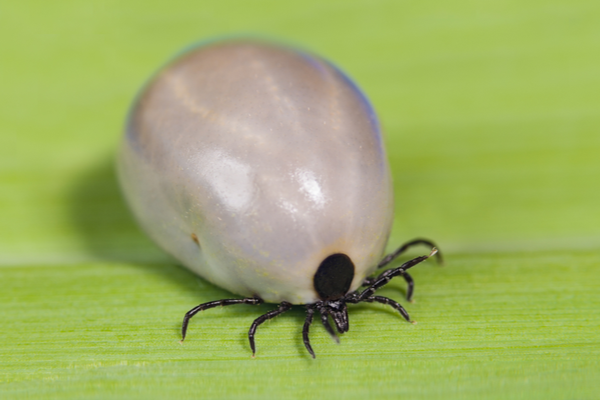 Do ticks have wings?

No. Ticks don’t fly or jump but they are expert climbers that will patiently wait for you to pass by and then climb aboard your legs or ankles.

Are there ticks in South Carolina?

Yes. Ticks are prevalent across the United States, including much of the South and the East. South Carolina is home to all the ticks mentioned above along with several other varieties.

How long is tick season in North Carolina?

Ticks can be found all year long in temperate climates like North Carolina but are most active from late spring to early fall.

How small are deer ticks?

Adult deer ticks are tiny, about the size of a poppy seed. The larvae and nymphs are  just as dangerous as the adults but even smaller, which makes them difficult to notice and remove.

How to remove a tick?

Use a pair of fine tweezers to grab the embedded tick as close to the head as possible. Pull straight up with a smooth steady motion. Don’t jerk or twist the tick. The head or mouth parts may remain embedded but aren’t dangerous. Without the body, they cannot transmit disease. If you’re concerned about tick borne illness, seal the removed tick in a plastic bag and have your doctor examine it.

Engorged ticks are raisin-like. They will be soft and puffy but lighter in color – often gray or even silver-white.

Where Can I Get Help With Ticks?

Don’t let ticks ruin your time outside. If you live in any of the service areas below, contact us for fast and reliable tick control measures that give your family peace of mind.

Use the contact box below to get in touch. We’ll help remove ticks around your home or business to keep everyone safe from the risks of tick related illnesses.

Ready to get Started? Our team is ready to keep you safe from ticks. Schedule Service CALL 800-922-2596 Request a Quote